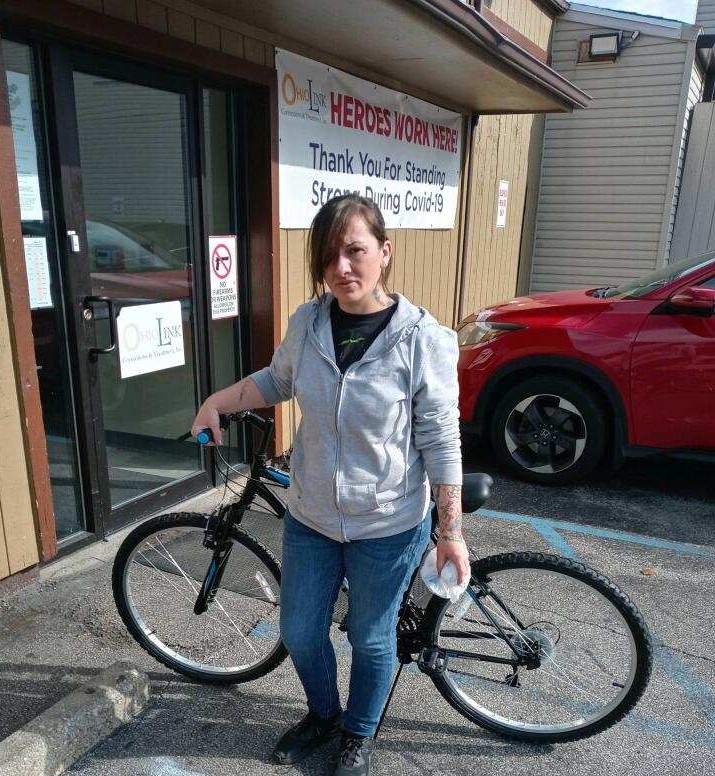 Audrey is a returning citizen, however, she does not let that term define her. She resides at the Ohiolink in downtown Toledo and she is completing a program before she is fully released.  She contacted Goodwill Industries of Northwest Ohio, Inc. after a referral from her Counselor from the Correctional Treatment Facility in downtown Toledo.  She came to Goodwill and enrolled in the Reentry Program. Upon doing a job search online, Audrey was hired by “So Noted, LLC” a warehouse in Toledo, OH on the corner of Dorr St. and Westwood in West Toledo.  She asked Goodwill for assistance with work clothes and work boots.  She accounted for everything except transportation when she got off from work after working her shift of 3:00 p.m. till 11:00 p.m.

Audrey really liked her job.  She would catch the bus to work, however, when she would finish her shift at 11:00 p.m., she would walk back to Ohiolink, in downtown Toledo, by herself, a distance of 5 miles. In discussing her situation with the job with Goodwill team members, Audrey asked for a bicycle.  Fortunately, Goodwill had a few bicycles left in the program for transportation of participants to and from work.  She obtained a bicycle, which in turn removed the transportation barrier in a more-safe way.   She now has a job, work clothing and a bicycle for transportation to and from work. She’s very happy and appreciates Goodwill for the life changing resources.  Way to go Goodwill! 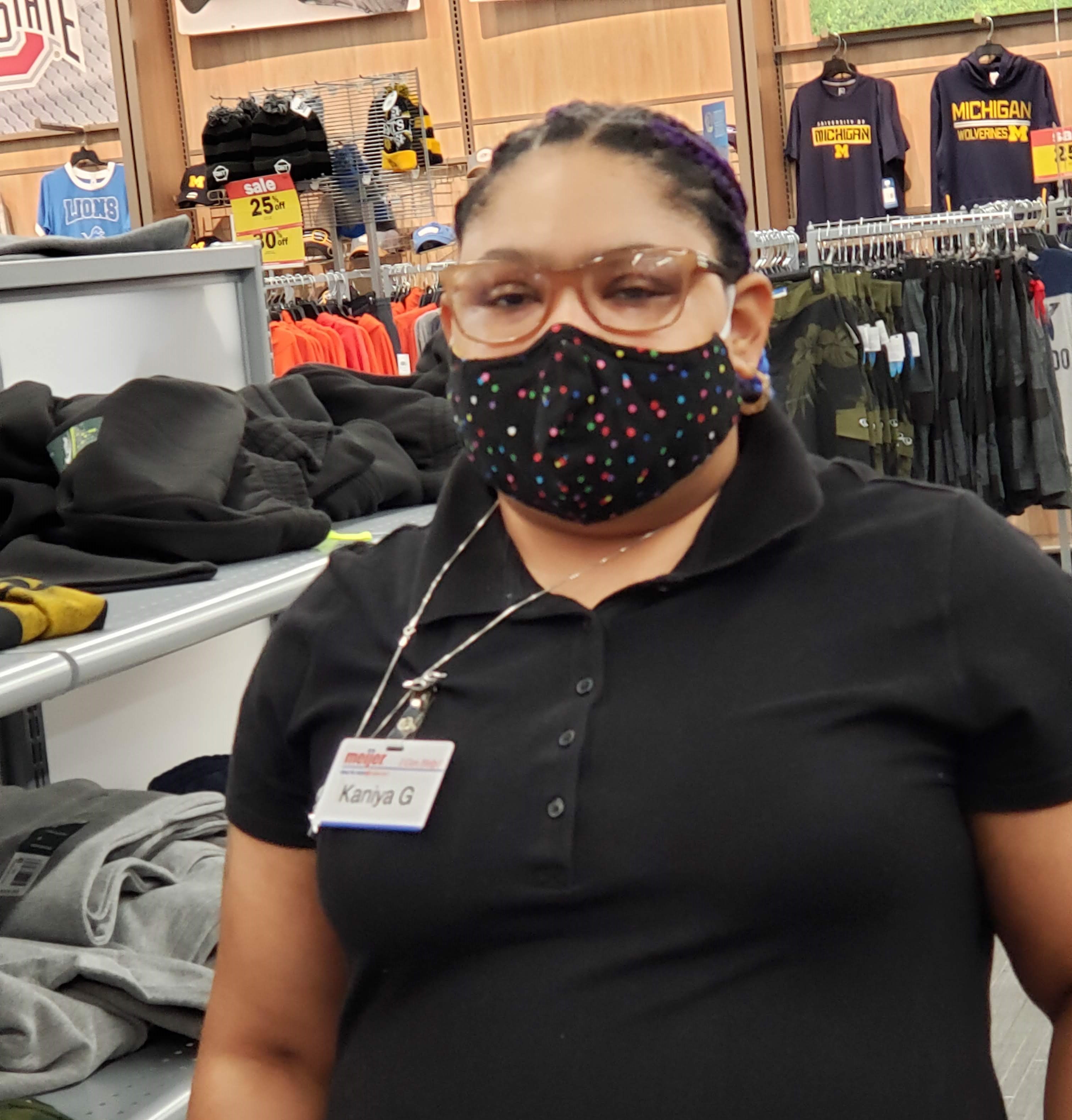 They say that “second time’s a charm”, and that’s turning out to be true with Kaniya. Kaniya had a previous job development case through Opportunities for Ohioans with Disabilities (OOD) and Goodwill where she became employed at the Toledo Zoo and Aquarium. However, the chill autumn weather brought a slowdown in zoo visitors and Kaniya was laid off. Not to be deterred, Kaniya contacted OOD and with the assistance of her Goodwill job developer, Kaniya was able to navigate her way through the Covid-19 pandemic and a virtual job fair which was a new experience for her!  A successful interview again brought her the part-time job she had been seeking. Now Kaniya is a Fashion Stocker at the Meijer in Maumee.  Her supervisor says that Kaniya does a good job and is really coming into her own. That’s the power of work! Goodwill Partners with ODOT and Adelante

The Ohio Department of Transportation (ODOT) is partnering with Goodwill and Adelante on The I-75 Workforce Initiative which will recruit men and women who live in the Old South End Neighborhood. The goal of The I-75 Workforce Initiative is to create an environment that will provide at least 25 residents from the Old South End Neighborhood with the encouragement, preparation, and opportunity to enter positions within the field of construction and related skilled trade fields.

An Informational Session was held at Adelante where ODOT, building trades, and prime contractors were on site to speak directly with the participants and answer specific questions. Thirty-one participants were in attendance and enrolled in the program who will receive Job Readiness and Financial Literacy training. We are grateful to ODOT for this wonderful opportunity! 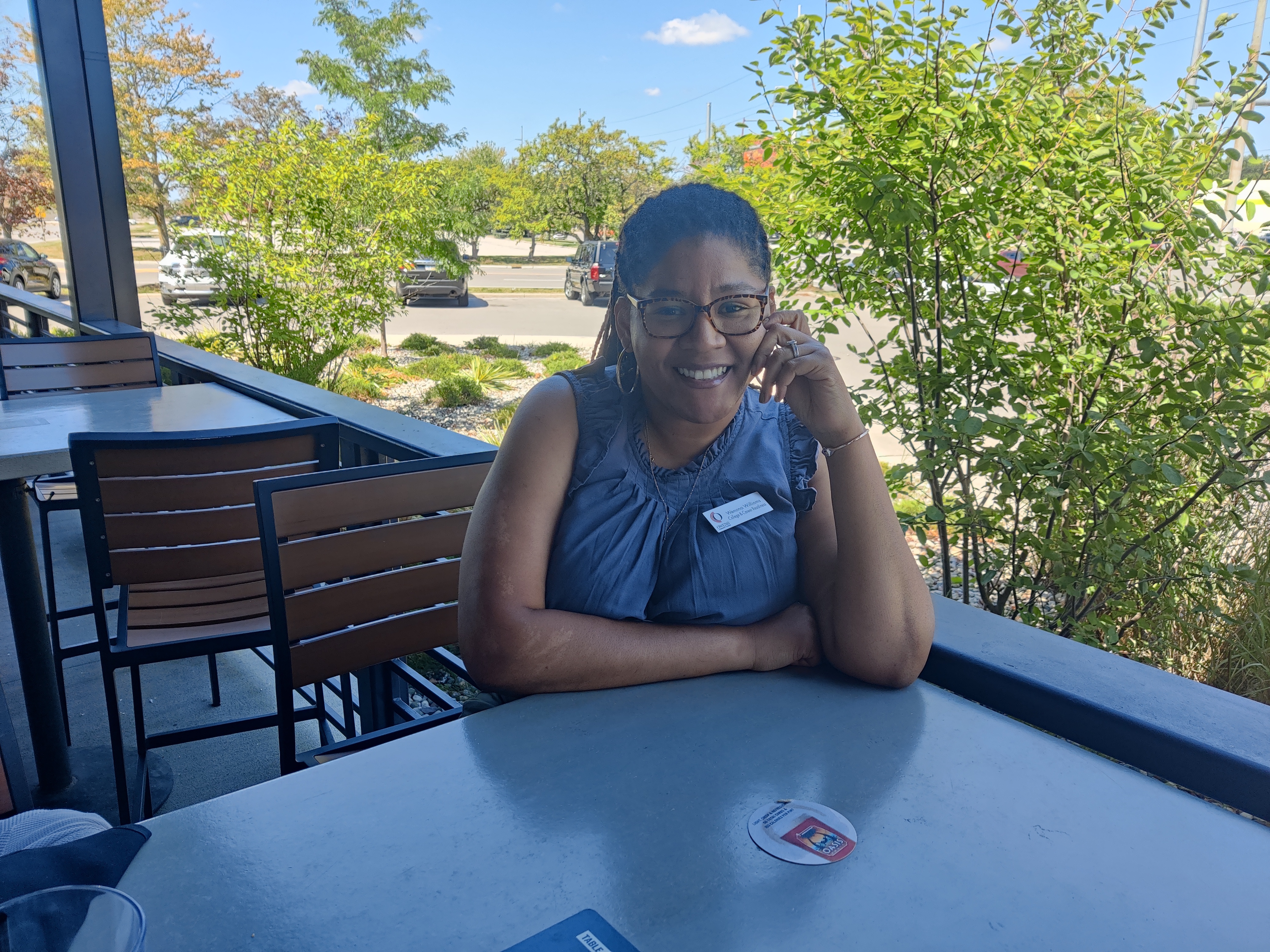 By Goodwill Industries of NWO | Goodwill News, News For You, Workforce Development

Goodwill is pleased to announce that the GED Program returned to the Goodwill downtown office in September 2021.  Goodwill has been without the program for a number of years and has recognized that it is an important wrap around service in job training and job development.  Weona Williams, GED Program Director for Owens Community College has worked with Charles Gibbon of the JCC and David Takats, Chief Mission Officer to bring the program back to downtown Toledo.  With the program added back to the list of Goodwill offered services, it provides a foundational curriculum to give participants an established credential and accomplishment.  Furthermore, now that Goodwill has other wrap around services, any costs for tests or transcripts will be absorbed by Goodwill.  The classes started on September 28th.  If you have any questions, please contact the Goodwill Job Connection Center (JCC) at 419.255.0070.