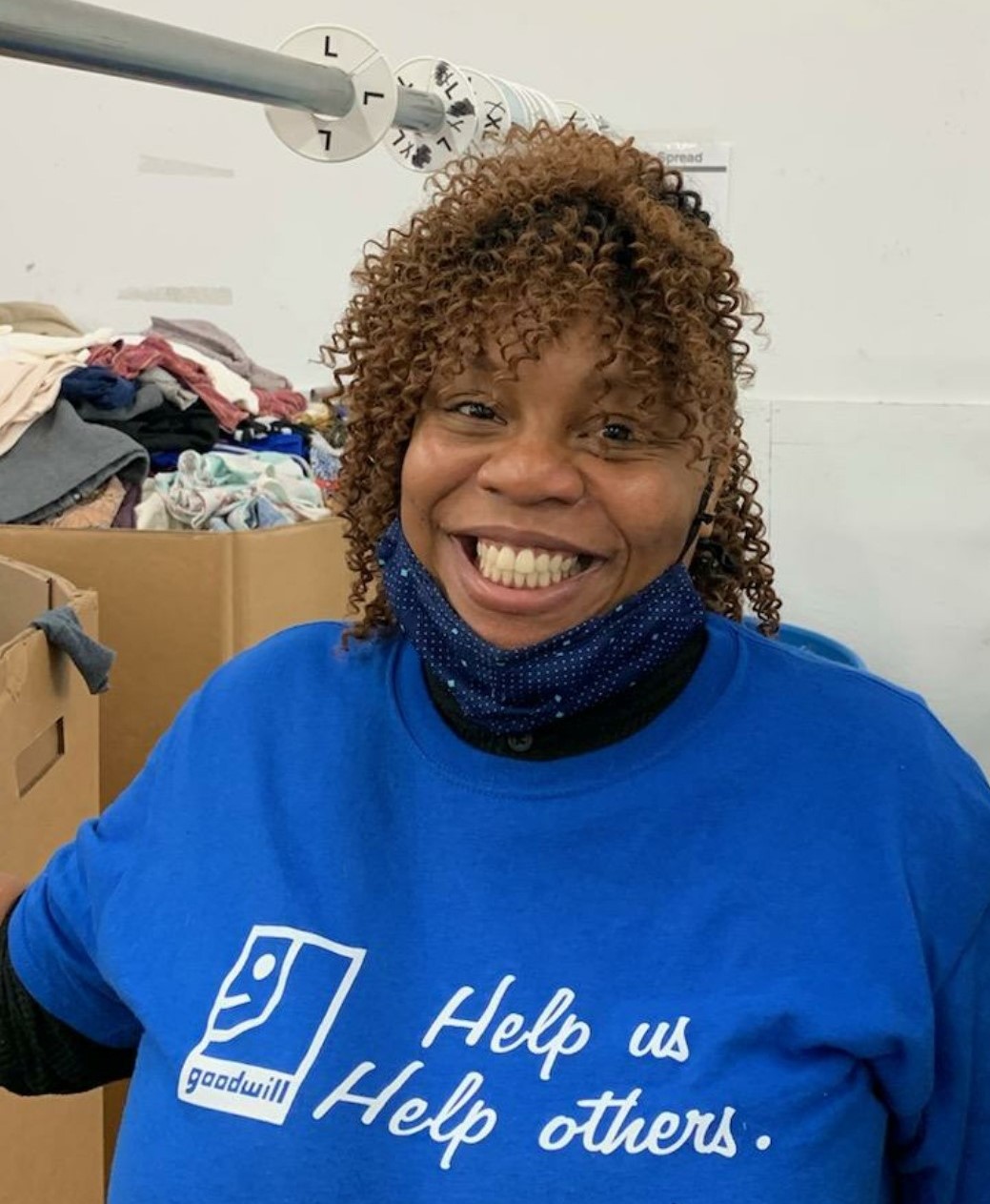 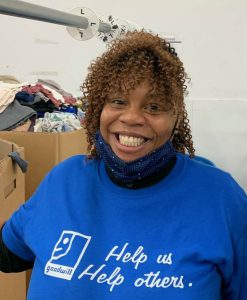 When Laquasia first came to Goodwill Industries at the end of the summer of 2020, she was unsure of herself.  She was referred to Goodwill, by Opportunity for Ohioans with Disabilities (OOD) for Job Development Services, and she had experienced a number of life challenges.  All she wanted was a chance to show what she could do.  She began by doing a Community Based Assessment (CBA) for a week at the Goodwill store at DeVeaux.  She did an excellent job and the Job Coach recommended her for employment as a Processor, sorting textiles.  As soon as this recommendation occurred, an opening for a Processor opened at the Goodwill Secor store.

Laquasia was hired and immediately, became part of the Goodwill family.  She is admired by her co-workers and she loves her job.  She looks forward to going to work and her self-confidence has increased so much so, that she is now looking at making some bold, independent lifestyle improvements.  The smile speaks volumes!